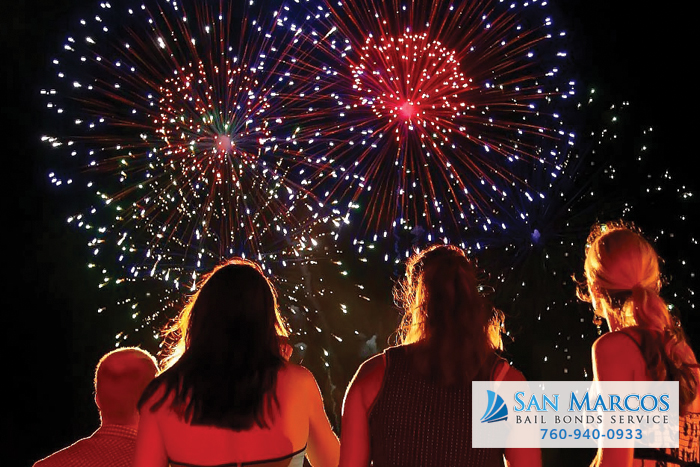 More police are being deployed to prominent locations because of concerns of terrorist threats, including some from suspected ISIS supporters in the U.S. who may heed the group’s call to carry out attacks.

The FBI, Department of Homeland Security and National Counterterrorism Center relayed their concern in a bulletin last Friday that listed the holiday weekend and several upcoming Prophet Mohammed drawing events scheduled in the coming weeks as possible targets for attacks.

The New York Police Department said its “enhanced counterterrorism and security measures” will be greater this Fourth of July than in past years.

The Los Angeles Police Department is similarly increasing security measures. Michael Downing, the LAPD’s counterterrorism chief, said the concern is that many of the extremists being watched by law enforcement are “looking for an excuse to go operational.”

He added: “Many of them are not networked. They’re not in a group,” so therefore “they’re very hard to detect.”

According to CNN’s research of Justice Department records and court documents, at least 49 alleged ISIS supporters have been charged by U.S. authorities since the start of 2015, and according to law enforcement officials, more are likely by next week.

This number does not include Elton Simpson and Nadir Soofi, who died during an attack at a Mohammed cartoon contest in Texas in May, or Usaamah Rahim, who was killed in Massachusetts earlier this month during a federal terror investigation.

A Homeland Security Department official said the department has boosted protection of federal buildings in recent months. In some prominent locations, additional security will be visible.

“There is no specific, credible intelligence to indicate any threats against celebrations over the Fourth of July weekend,” the official said. “However, we have seen repeatedly calls for violence over the past year by leadership and supporters of (ISIS) against members of the military and military installations, law enforcement, the U.S. government, and the American public. These threats are always taken seriously and we continue to work with state and local law enforcement to ensure their safety.”

The warning did not discuss any credible threat information but was trying to raise awareness.

The issue was discussed in a May 2015 intelligence bulletin, raising concern that ISIS sympathizers in the United States might attempt a plot like the one that was disrupted earlier this year in Belgium.

A senior counterterrorism official told CNN’s Pamela Brown the warning included in the May bulletin were mitigated in part with the recent arrests made in Boston and New York. The concern now is about lone wolves.

Officials say the concern this is about lone wolves this holiday because of how ISIS has increasingly used social media to lure in western recruits. That has caused the threat level to remain high and significant.