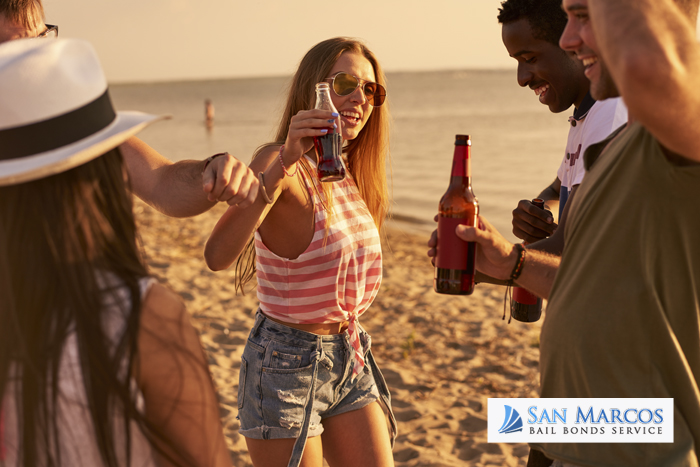 Spring break is finally here! It’s time to cut loose, forget all about your studies, and have a good time.

While there’s nothing wrong with relaxing and enjoying yourself, don’t forget that you’re not allowed to drink alcohol until you’re at least twenty-one years old. If you choose to ignore this, an underage drinking charge won’t just ruin your spring break, it will also have a negative impact on your life over the next few years.

It doesn’t matter if you’re pulled over for speeding or if the cops show up at a party, if your blood alcohol content is over .05 and you’re under twenty-one, you’ll find yourself on the wrong side of the law.

For the record, a single beer is all it takes to put you over .05.

The days when an underage drinking charge resulted in a difficult phone call to your parents and some community service time are long over. California lawmakers have decided to crack down on underage drinking during spring break.

The first time you get caught drinking while you’re underage, the potential consequences are:

Each time you’re caught drinking while underage after the first conviction, the consequences are

The very first time you’re caught drinking and driving while underage, the potential consequences can include:

Some California counties will also install an ignition lock on any vehicles that are registered in your name.

It’s important to remember that minors aren’t the only ones who can get into trouble for underage drinking. Anyone who allows minors to drink will also find themselves on the wrong side of the law.

Parents who allow their children to consume alcohol while at home can get into serious trouble if that child is caught behind the wheel while under the influence. A guilty conviction of letting a minor drive while intoxicated includes a one-year jail sentence and a $1,000.

If the court decides that you’ve contributed to the delinquency of a minor, they can hit you with a one-year jail sentence and a $2,500 fine.

Businesses that serve alcohol to minors face a misdemeanor charge that can include a year in ail and a $1,000 fine. The charge can also jeopardize their business license.

It is in everyone’s best interest to remember that alcohol and minors shouldn’t mix this spring break.

bail bondman in escondido, bail bonds in escondido, can a minor go to jail for underage drinking, how is giving alcohol to minors illegal, what are the consequences for giving minors alcohol, what are the consequences for underage drinking in california, what are the penalties for giving minors alcohol, what happens to a business who is serving alcohol to underage minors, who can get in trouble when minors are caught drinking, why can a minor lose their driver license in california